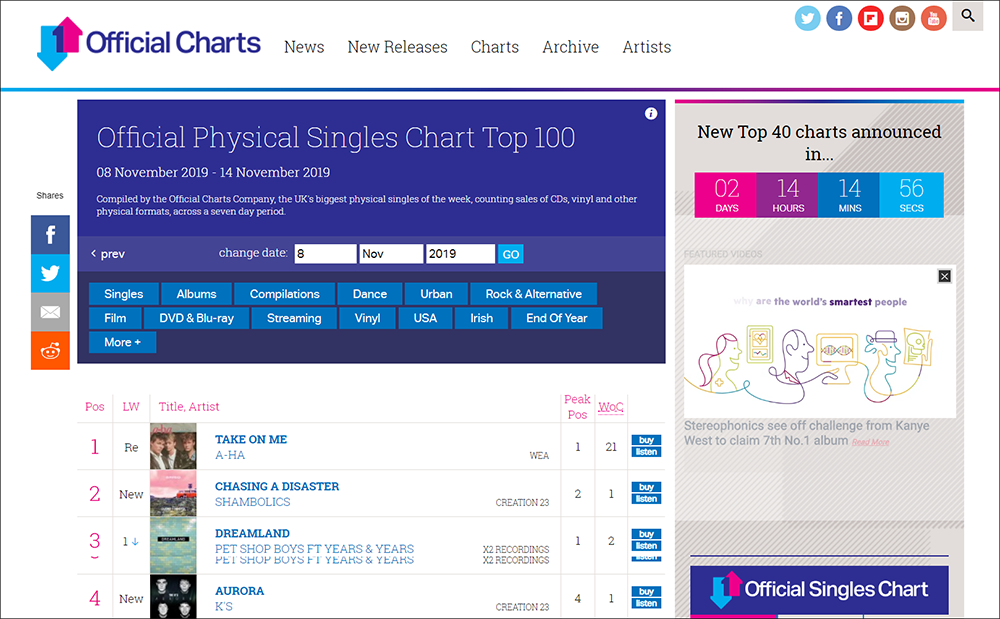 As we announced last week, a-ha has released an exclusive, limited edition coloured ‘Take On Me’ 7” vinyl. This week, we're excited to say that 'Take On Me' has reached #1 in the UK Physical Singles Chart!