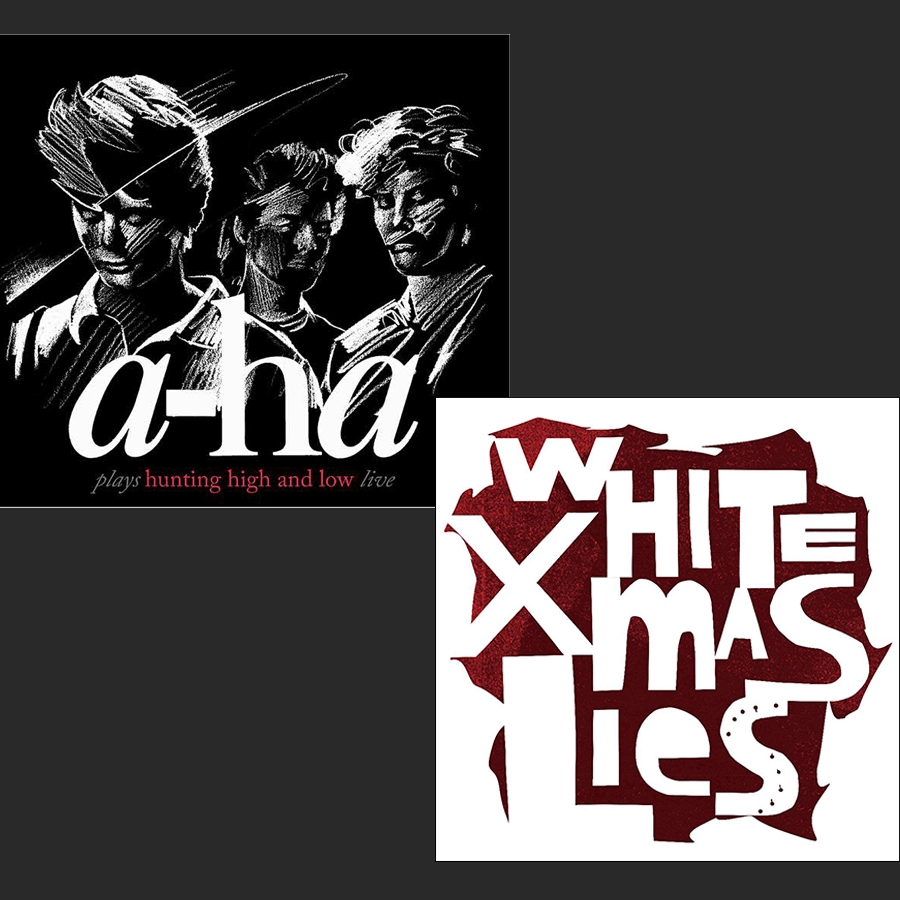 For those who are not on social media, where we often post links to articles and other coverage about a-ha, we've collected some highlights from the past couple of months to share with you here on the official site. Magne has done a few interviews in connection with both the 2019/2020 'Hunting High and Low Live' tour and the release of his solo album 'White Xmas Lies'. Here are a few interesting quotes you may have missed.

"Growing up, music mattered more to us than anything else, and we have tried to make music that matters. People love a hit, but I think the longevity comes from making music that touches people." (Hanging with Mags from a-ha, Blank Gold Coast)

About 'This is Now America' and a-ha's lack of political songs:

On the legacy of 'Take On Me':

"It’s something that you just really have to be grateful for, it’s strange to have one song written so long ago and recorded as the first single to be so defining. We struggled with it on occasion, but, at the end of the day, without that song we would have been in a very different space. Who knows if we’d be still performing to crowds around the world, so it’s still out there, it’s working for us, and it never gives up." (Interview: Magne Furuholmen talks about White Xmas Lies, A-ha and more, ALTvenger)

On Magne's perceived image within a-ha:

"One of the roles I’ve always had in the band was to alleviate social awkwardness and diffuse all kinds of tensions, to be a kind of social glue. I am someone reacting to my surroundings. When no one wants to speak to the audience, I do it, I make the jokes, and I put on the smile. Pål Waaktaar and I didn’t develop a friendship because I was the ‘cheeky guy’ and he was the ‘gloomy’ one. We were both pretty dark gloomy lads but he was an introvert and I was an extrovert. I later used my extrovert nature to seduce the record company managers because we needed to have it done. And Morten is such an eccentric socially awkward person too! I was left with this fucking weird clownish image, which was extremely taxing for me, and I had no clue what to do with it. This is one of the reasons I crashed and burned and the band was over in the early 90’s after the big Rio show. On that stage, on the pinnacle of our professional lives, and in front of 200 000 people, I felt completely detached from the audience and from the band. I needed to wind down to zero, to lock myself into a room and do something else." (Rolling Stone Interview : Magne Furuholmen (A-ha), Rolling Stone France [available in French here])

About revisiting 'Hunting High and Low':

"We’re in a situation now where we’re looking back and maybe we’re able to, in retrospect, enjoy what we created in the ‘80s. We kind of kept running, kept looking forwards. Right now, doing this first album in its entirety is a bit of an exercise that revitalises those first songs for us." (A-ha’s Mags Furuholmen talks ‘Take On Me’ anniversary and the long, long wait between Australian tours, The Industry Observer)

There are also a number of fall a-ha concert reviews linked from the tour diaries here. (Note that additional blogs from the fall will be added in due course! ;-) )

The majority of media following the a-ha tour dates this fall was about Magne's solo album 'White Xmas Lies'. Here are a couple of quotes:

“I am lucky to have a family around me, but for many people Christmas is a rough time and a harsh reminder of loss, longing and crippling loneliness. I wanted to try and make an album which would also be meaningful to those who fall outside our commercial Xmas frenzy – an album which looks at the more melancholic, darker sides to Christmas: broken family ties, things we sweep under the rug, resentment hidden behind fake, jocular smiles – an album for holiday contemplation, not just sentimental decor.” (XS Noize)

"If you’re in such a place where you don’t feel connected to the world around you, it’s especially hard during times like Christmas. The society tells us that everyone should be happy, everyone should be together, everything should be sweet, fun and caring, but if you’re on the outside of that for whatever reason, the contrast becomes incredibly painful. People are at their loneliest when the world pretends to be merry. For me, it was important to try to make an album that no one would feel excluded from. " (Altvenger)