a-ha’s “Take On Me” Video Now Available in 4K 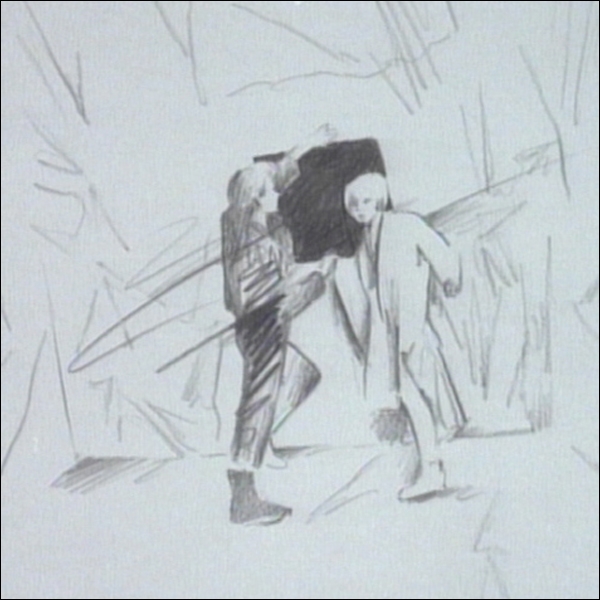 Just in time for the new year, a-ha’s iconic music video for the smash hit “Take On Me” has been remastered in 4K resolution. Watch the new, beautifully restored version of this groundbreaking video on YouTube now https://lnk.to/TakeOnMe-4k.

The video for “Take On Me” that everyone knows today is actually the second video made for the song. The original, which was released in 1984, was replaced in 1985 when a-ha re-recorded the song by a new version directed by Steve Barron. That version captured audiences’ imaginations through its innovative mix of live action and rotoscoping illustration, a technique that had never been used before in music videos. Unlike many music videos from this time period which were edited in tape format, the 4K version of “Take On Me” is unique because it can now be fully realized in 4k as it was originally shot and edited on 35mm film.

The original 35mm film reels, which provide the source material for the new 4K version of “Take On Me” feature subtle differences in a handful of frames. a-ha is inviting die-hard fans to find these “Easter eggs” in the newly restored version. The 4K video also features the original video’s end credits for the first time, which were previously edited out.

Soon after the second version of “Take On Me” debuted, the Norwegian group rocketed to international stardom as the song topped the charts in 36 different countries and became one of the best-selling singles of all time.  The official music video for “Take On Me” currently has more than 970 million views on YouTube, with an eye on hitting one billion in coming months. When it reaches this historic milestone, “Take On Me” will join the short list of songs from the 20th century with viewership in the one billion-view club: “November Rain” by Guns N’ Roses, “Smells Like Teen Spirit” by Nirvana, and “Bohemian Rhapsody” by Queen.

This new achievement is only the latest for a-ha’s instantly recognizable song. In 1986, “Take On Me” won six MTV Video Music Awards for its groundbreaking combination of pencil-sketch animation and live action. In addition, it’s also the #2 most-viewed video from the Eighties on YouTube, and the #5 most-streamed track of the 20th century.

In anticipation of the video reaching one billion views, the story of “Take On Me” was recently profiled in a new, three-part documentary that is available to watch on the band’s official YouTube channel. The Making Of … “Take On Me” recounts the story behind the writing of the song and the making of its iconic video. It weaves new interviews with members of a-ha – Magne Furuholmen, Morten Harket and Pål Waaktaar – Savoy together with interviews that spotlight the people who were part of the song’s phenomenal success.