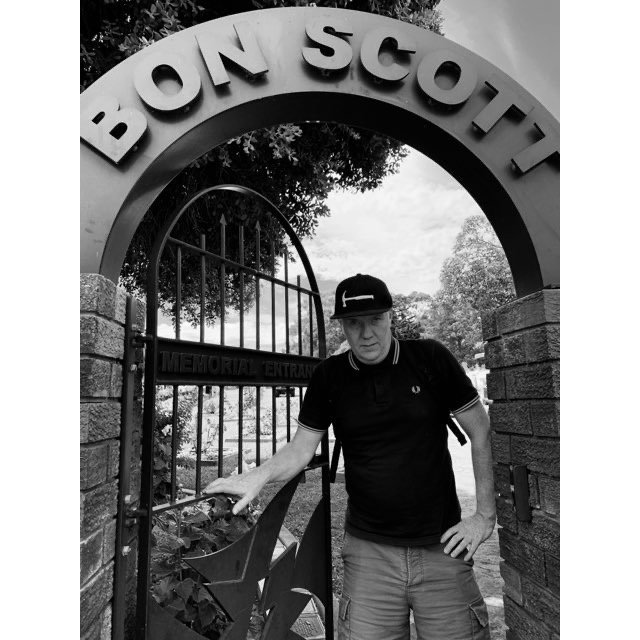 As an exclusive for our mailing list members, a-ha's manager Harald Wiik responded to questions submitted to the site by email last week. Some of his responses have already been posted on a-ha's social media accounts, and here you can read the entire Q&A. Enjoy!

Q: How do you cope with their very different personalities without offending anyone (I have seen the film). [Julie Cunningham, Glasgow]

A: I don’t cope. I just go straight to the offending.

Q: Will there be a True North tour as well? [Søren Kreilgaard, Copenhagen]

A: There is a tour in the works for the summer of 2023. Hopefully with Arctic Philharmonic joining us on some of the shows.

Q: What do you expect and what we have to expect from the new collaboration with Sony Music? [Annalisa Maurantonio, Rome]

A: The dialogue has been very good so far, and I have enjoyed getting to know a very good team and an interesting structure.
The major record labels have a lot of similarities, though. It is all about the people, and luckily we have Markus Hartmann at the helm at Sony as well, who has worked with a-ha since 2000.

The release will be different than a regular album, though, as we have the full True North movie to present. Brilliantly directed by Stian Andersen.
Not very Social Media friendly, which is a big plus!

Q: Will the show at the Hollywood Bowl be recorded and released as a live album and DVD/Blu-ray? [Morten Øvestad, Norway]

A: Those shows are always recorded and filmed. If possible, it would be great it released on DVD/Blu-ray or through a streaming service.

Q: Are there any plans for more deluxe editions of past albums (Analogue, FOTM)? [Joanna Kowalska]

A: Yes. Loads. A vinyl box of the first 5 albums as well as a 6 album super deluxe HHAL is in the works. We are also working on deluxe editions of Analogue and FOTM.

Q: Are there any plans for a vinyl release of 'Analogue' and vinyl reissues of 'Memorial Beach' and 'Foot of the Mountain' in the near future? [Mark J]

Q: Among the demos posted by Magne Furuholmen on his Instagram account lately, the song called "God is in the details" was by far the most heartbreakingly beautiful a-ha moment to me. It sounds quintessential a-ha, yet it could definitely bring something new and potent to their catalogue. What do you think about this particular song? Can you confirm that we will hear Morten Harket's voice on it soon? [Samya Dahech]

A: The song is brilliant! I can never confirm an ETA on Morten’s vocals, though. Not even an EDA!

Q: How would you define your job with a band torn between contradictory ambitions? [Emmanuel Reymond]

A: I don’t find their ambitions so contradictory. They just don’t always agree on how to fulfill them.

Q: Some would argue you are there for the business part, but with such a huge band, the artistic part obviously depends on that too. Are you satisfied with how a-ha has evolved since your arrival on board? [Emmanuel Reymond]

Q: Are there some projects that you feel you have had an impact on how they took shape? [Emmanuel Reymond]

A: Yes, but somebody will get offended if I tell you which ones.

Q: Do you have specific regrets on missed opportunities - on an artistic level that is? [Emmanuel Reymond]

A: There are always missed opportunities with a-ha. That is why there is such huge demand and a great bargaining position for me.

Q: What is it like to be manager for A-ha? Is it exciting? [Brianna Leneski]

A: Like being part of the submarine crew in Fantastic Voyage.

Q: Just a general enquiry about the band's longer-term future intentions, i.e. have they any idea about how long they intend to remain together? [Ken Harris, UK]

A: If they did, it would be changed.

Q: Bands keep disbanding then reforming. I notice in the past A-Ha have felt a strong need to cease, but have then, after sometime of reflection, decided they still enjoy writing and performing and reversed this. Is there ever a right time for a band to cease? [Ken Harris, UK]

A: When you have made a perfect album.

Q: How long should a great band keep performing and writing? Most artists like Paul McCartney never retire, while others like REM cease completely! [Ken Harris, UK]

A: I think REM should make a comeback and that Paul McCartney should keep on performing.

I have never seen REM and I just saw Paul McCartney for the first time a few years ago. He was brilliant!

As long as it is more entertaining to the see the band and artist than staying at home, they should keep going.

Q: A-ha had to interrupt their tour in March 2020. Two years later, how do you feel about the band? Are they impatient to play live again? Did you take the opportunity to add new elements to the HHL tour? [Celine Feldis]

A: Cocked, locked and ready to rock. There are a few True North songs in the setlist which I hope everyone will enjoy.

Q: As a Professional Singer myself, I was wondering what routines you observe the guys having in the hours before a live show? (For example, do they do specific vocal warm-ups with a Vocal Coach, do they eat & drink anything in particular, do they suffer any nerves but have coping strategies, do they exercise with a Personal Trainer, etc. etc.?) [Lisa Ralph]

A: The routines are improvised! Our best bet would probably be to hire you to help us!

Q: Given the bias of ageism in the modern musical mainstream for bands (including a-ha) that have emerged in an earlier ,musical era, what do you believe is the role that artist managers like you have in helping cut through or circumventing this bias to expose the music of bands such as a-ha to younger audiences? [Pranav Chandrasekhar]

A: I probably cannot circumvent it, and I am not sure I should. You have to leave some space for the newcomers as well.

Q: Which part of your job is most challenging in daily business with being a-ha’s Manager? [Frauke Linge, Germany]

A: To keep listening to the endless list of new versions of Take On Me.

Q: What are your top 3 memories of all those years with a-ha? [Frauke Linge, Germany]

A: To quote my good friend Morten Harket, we live in and of highlights so it hard to choose!

2. The afterparty of the Q Magazine awards in 2006, with Magne doing a Zorba The Greek with Noel Gallagher and telling
Paul Weller repeatedly that «YOU ARE BRITAIN!».

3. Last night in Buenos Aires. Fantastic to get going again.

Q: Considering your previous career as a drummer, have you ever been allowed near Karl's drum kit during rehearsals or soundcheck to play along with the band? [Pete, London]

A: No! Never! In fact we have a specially assigned security officer whose sole job is to prevent that from happening.

My son Olve Gravklev, however, who is a 10 times better drummer than I ever became, used to be a student of Karl’s and he is allowed.

Check him out at:

Q: Is the band excited about visiting Mexico for the first time? What are their expectations of Mexican fans? And are they visiting touristic places in Mexico like the pyramids? We are very excited to have them! [Jessica Lizarraga]

A: Very much so! Mexico City has always seemed like this huge, mythical place and from the streaming numbers there seems be a lot of love for a-ha in Mexico. Add to that it took the guys 37 years to make it there, we are expecting some very passionate fans! No time for tourist attractions unfortunately.