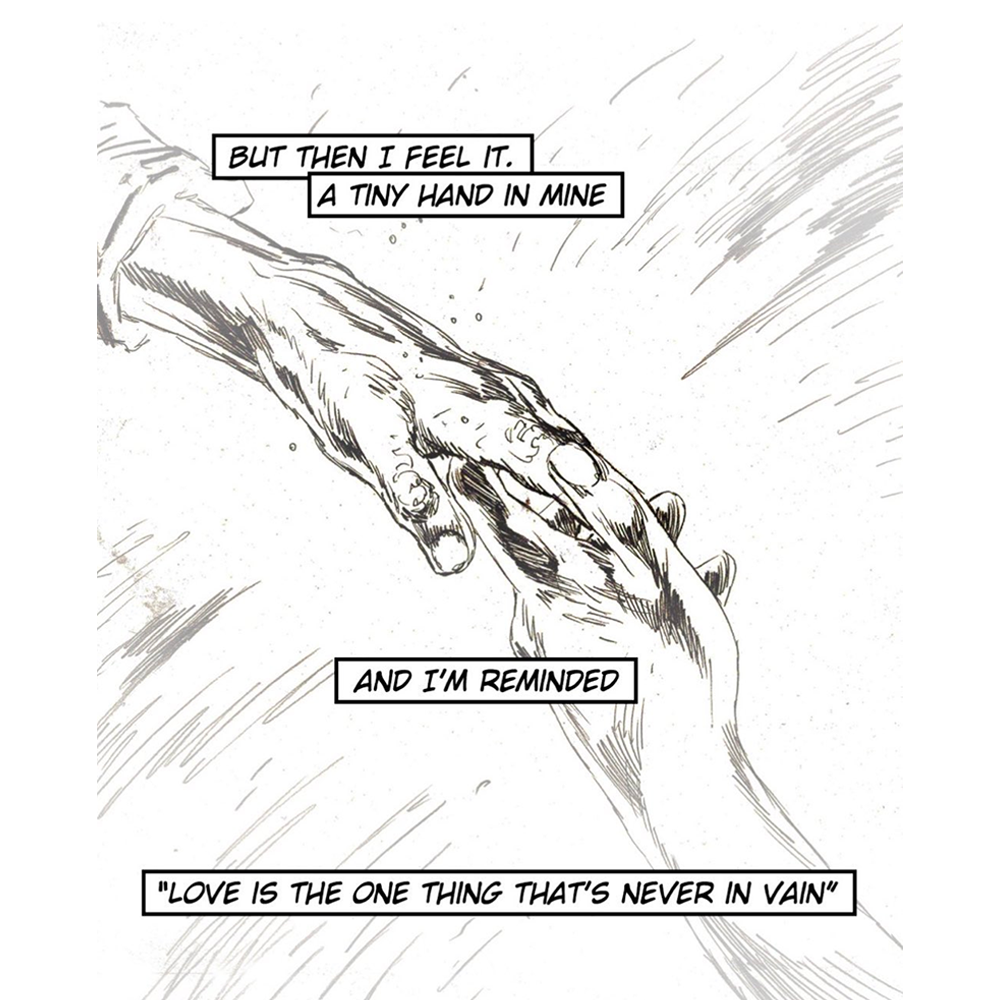 Who could forget the iconic sketch animation art created by illustrator Mike Patterson for the 'Take On Me' video? It has served as inspiration for many creative media projects, and the style of the drawings is instantly recognizable worldwide.

This distinctive style of illustration comes to life again today via a new collaboration between a-ha, Rewriting Extinction, Paul Goodenough, and illustrator Mike Perkins. You can see the animation on Instagram here.

Magne has also posted about the project, having collaborated closely with Mike, Paul and Rewriting Extinction on this project to join other voices in raising awareness for efforts to save species from extinction and to highlight projects that restore ecosystems across the world. In his Instagram post, he mentioned the animation includes a bunch of Easter eggs that a-ha fans are sure to find - and after an exchange with a-ha's Instagram account, Mike replied that it might be fun to have a contest to see who could find all of the Easter eggs.

Let's go! Find the Easter eggs in the Rewriting Extinction animation released today and you'll have a chance to win original artwork from illustrator Mike Perkins!

Good luck! And be sure to raise your own and others' awareness about the important work Rewriting Extinction and other organizations are doing to save species from extinction.

Mike Perkins is an illustrator for Marvel and DC Comics having worked on Captain America, Thor and The X-Men. After wrapping up the 31 issue adaptation of Stephen King’s The Stand he transitioned into illustrating Astonishing X-Men and has since successfully re-launched Deathlok, Carnage and Iron Fist. After moving over to DC Comics he first made a splash on the Green Lanterns title before taking on his own launch of Lois Lane alongside Greg Rucka. This has been followed by a re-interpretation of one of his favourite characters - The Swamp Thing.

Mike has been nominated numerous times for Eisner and Harvey Awards and, as well as winning the Eagle Award, counts being on the New York Times Bestseller list and being exhibited in Munich, London and Paris amongst his career achievements.

Mike is also a HUGE a-ha fan and has followed their music from Take On Me onwards. Solo projects and all!

Rewriting Extinction is a collaborative charity project comprising of over 300 people from across the planet coming together to try and reverse species extinction by harnessing the power of storytelling.

The project was founded by writer/producer Paul Goodenough and small team of friends, loved ones and volunteers. After seeing one species after another go extinct, they decided that enough was enough, and sought to unite the environmental, activism and storytelling community to save as many species from extinction as possible, once and for all.