The magic is the music 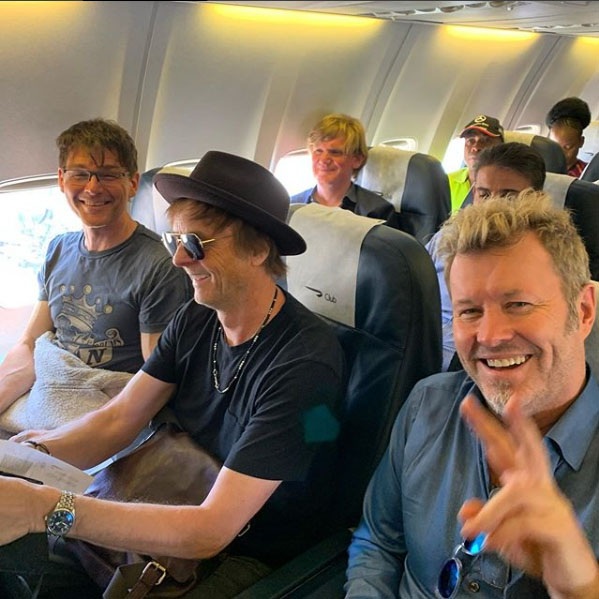 'We're on a trek around the world to celebrate our first record,' Magne says.

On February 1, a-ha kicked off their 2020 'Hunting High and Low Live' tour at Nordlandshallen in Bodø, Norway. The band will be traveling around the world through the end of November, visiting countries they haven't been to in many years - and some countries they have never toured in.

The tour is off to a great start, with shows in Bodø and Trondheim in Norway, which they last visited in 2018; two concerts in Dubai, their first ever in UAE; and shows in Cape Town and Johannesburg, South Africa, where they last performed in 1994.

Already there have been some very special moments on the tour. Karl Oluf celebrated his birthday on Valentine's day in Cape Town, and Steve Barron - the director of several a-ha videos, including 'Take On Me' - was present at the guys' show in Johannesburg on the following night.

As many of you know, a-ha started their first ever world tour in Perth, Australia in 1986, and they are eagerly anticipating their return to Perth tomorrow night. The guys will play six shows in Australia, followed by two concerts in New Zealand, before heading to Japan and Singapore to round out the first leg of the 2020 tour.

a-ha played their first ever shows in Dubai on February 10 & 11 at the Dubai Opera House. Here is a short video shared by Dubai Opera following the concerts:

The TV program Afternoon Express discussed the tour and the band's legacy with Morten and Magne. 'We are grateful to be able to do this and to be able to do it for so many years,' Morten says. The host asks, 'What is that, magic?' To which Morten replies, 'It is magic, the music itself, which is why we got together in the first place. We have stayed honest to that. We never really took on so much of the catwalk of fame.' Watch the whole interview here:

You can find set lists and media links in the Past Tours section of the site as the tour goes on, and if you want to see the list of upcoming shows, be sure to visit and bookmark the Tickets page. Also keep an eye on the Gallery page, we'll be adding new photo sets there throughout the tour.

Paul and Magne post regularly on their Instagram accounts, as do the backing band members. Photographer Stian Andersen is on the road with the band now, and he frequently updates his Instagram stories with behind the scenes photos from their travels.