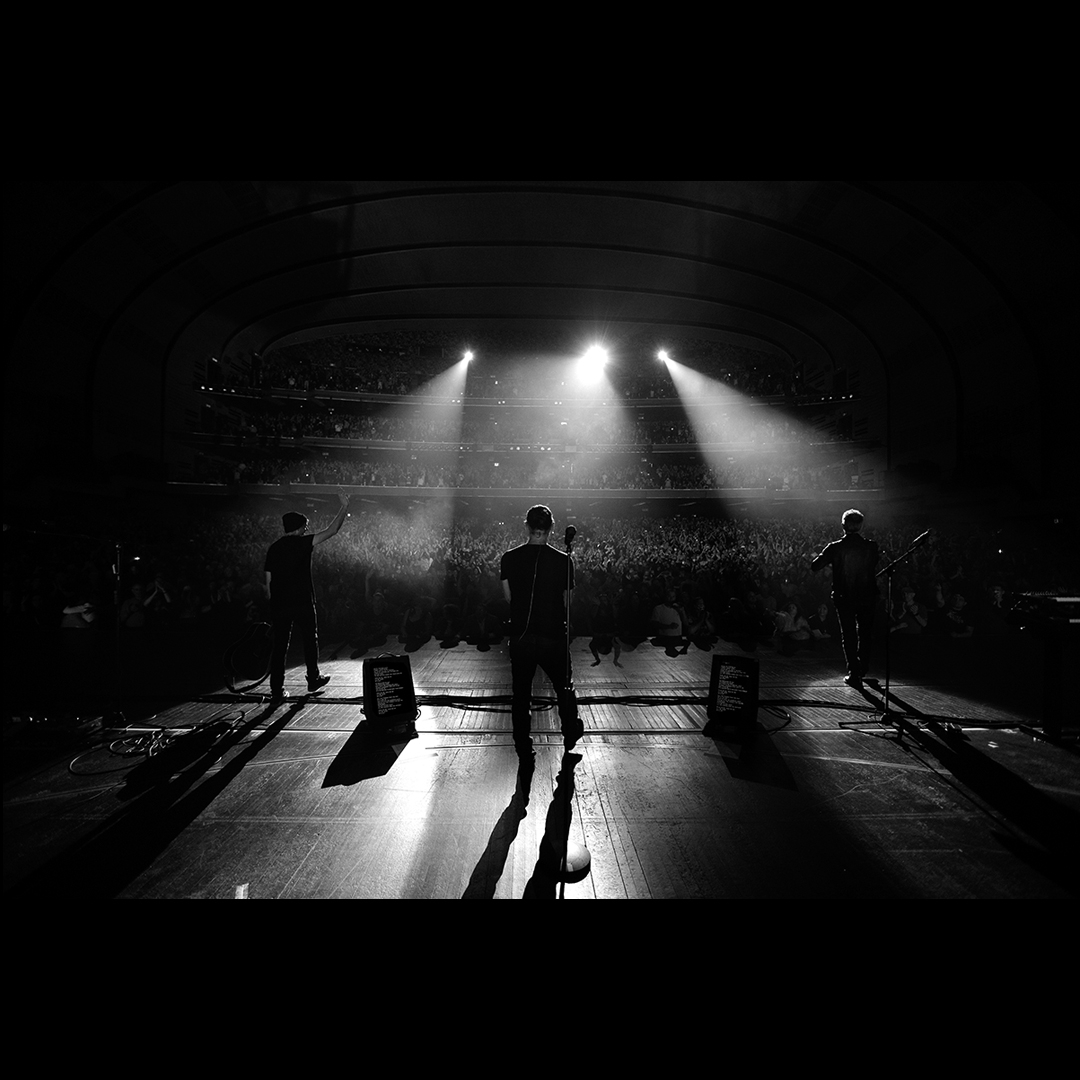 Nearly twelve years had passed since their last shows in the United States when a-ha returned to Los Angeles and New York this April, and were welcomed with tremendous excitement!

The excitement *might* have been influenced in part by some photos on Morten's Instagram and Facebook accounts, showing how he spent time on his days off in Los Angeles:

Paul also shared some behind the scenes photos from the Wiltern in Los Angeles:

Head over to the a-ha Instagram account to see some fantastic photos taken by Stian Andersen from all of the US shows, including a few of Morten and Magne on Mulholland drive and at the Sunset Marquis, respectively:

In the midst of these four shows, the set list underwent a simple but truly impactful transformation; after the first show at the Wiltern in Los Angeles, the band switched the first and second parts of the set so that the 'Hunting High and Low' tracks - which had opened the first five shows on the tour - became the second half of the set, and 'Take On Me' became the encore and energized finale the concerts really needed.

The set list as of April 8th has been:

As you have no doubt noticed, there are two new songs in the set, both from the upcoming 'True North' album and film. These are "Forest For The Trees', written by Paul, and 'You Have What It Takes', written by Magne. Both songs were well received - and you'll find the lyrics below.

There are many photos and videos on Instagram and Facebook - you'll find all the links in our previous news post - including this really funny video posted by Magne at Radio City Music Hall during sound check. "It's an empty hall! No one came. What are we going to do?!" Watch it here:

Despite this playful post, it was evident that the guys were appreciative of the opportunity to play at the legendary Radio City Music Hall, more than 36 years since their last appearance there. Before introducing the two 'True North' tracks, Magne reflected, "Thank you so much. We started this tour two years ago as an anniversary tour, and then of course as we all know the world has gone to shit after that [the audience laughs] But we're doing alright, and we are so happy to be here with you today. Thank you for having us back here. I don't know if I should be proud or ashamed to say this, but it has been 36 years since we played here. Maybe we took it for granted the first time, but we are so grateful to you for giving us this second opportunity to play for you here, so thank you."

The band have been on a short break between legs of the tour, which starts again this Thursday in Gothenburg, Sweden. You can find the full list of tour dates here, and as each show passes, set lists, photos and media links are published in the Past Tours section here.

Lyrics - Forest for the trees

Sunbeams & forget-me-nots
Beads of amber, parking lots
From your view you see a lot
What you really see
Forest for the trees

Lyrics - you have have it takes

but worlds collide
just like space and time
bend us sideways
oh, but i have faith

your love is the one thing that’s never in vain
your heart will discover its way home again
so turn your beautiful face to the rain, and see

now truth don’t rhyme
yeah and that could be a sign
so we play it safe like always
oh, but i have faith

with this knowing;
you have what it takes