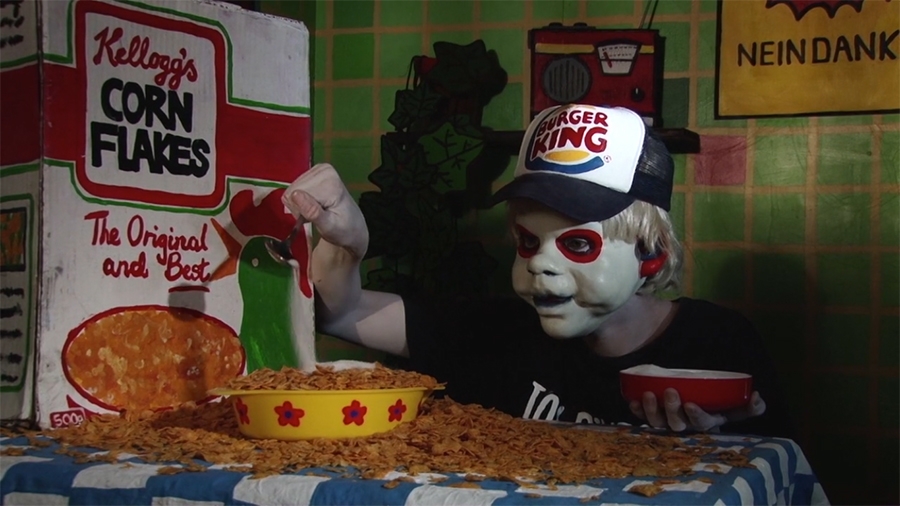 Magne has released a music video for his solo-single 'This is now America', which premiered today in Rolling Stone Magazine.

Magne has teamed up with experimental German theatre / performance duo Vinge/Müller, to create a video that in many ways is the dark, dystopic cousin of the famous ‘Take on me’ video.

The new video is as spectacular as it is disturbing - a lament for a fading dream. Inside an eclectic and spooky hand-drawn universe, the narrative follows an adolescent character on the verge of self-destruction, hiding from a troubled world outside.

Magne says this about the video: ‘As a 15 year old kid, I had a feeling the world was full of infinite possibilities, and an exciting place to follow one’s dream. Young kids today grow up in a very different, and much more troubling world. To me, the video for ‘This is now America’ is about loss of innocence and alienation…as is the song, come to think of it!’

View this post on Instagram
dear insta-friends, an amazing new video for ‘this is now america’ has just been premiered by rolling stone magazine! there is a link to the video in the bio above. this video is made by experimental performance artists vegard vinge/ ida müller in collaboration with thomas vincent furuholmen, inspired by the song. i think it is a really important and relevant piece of work, but be warned; it is not for the faint-hearted! 🧨🦂🧨
A post shared by Magne Furuholmen (@magne_furuholmen) on Feb 21, 2020 at 8:11am PST