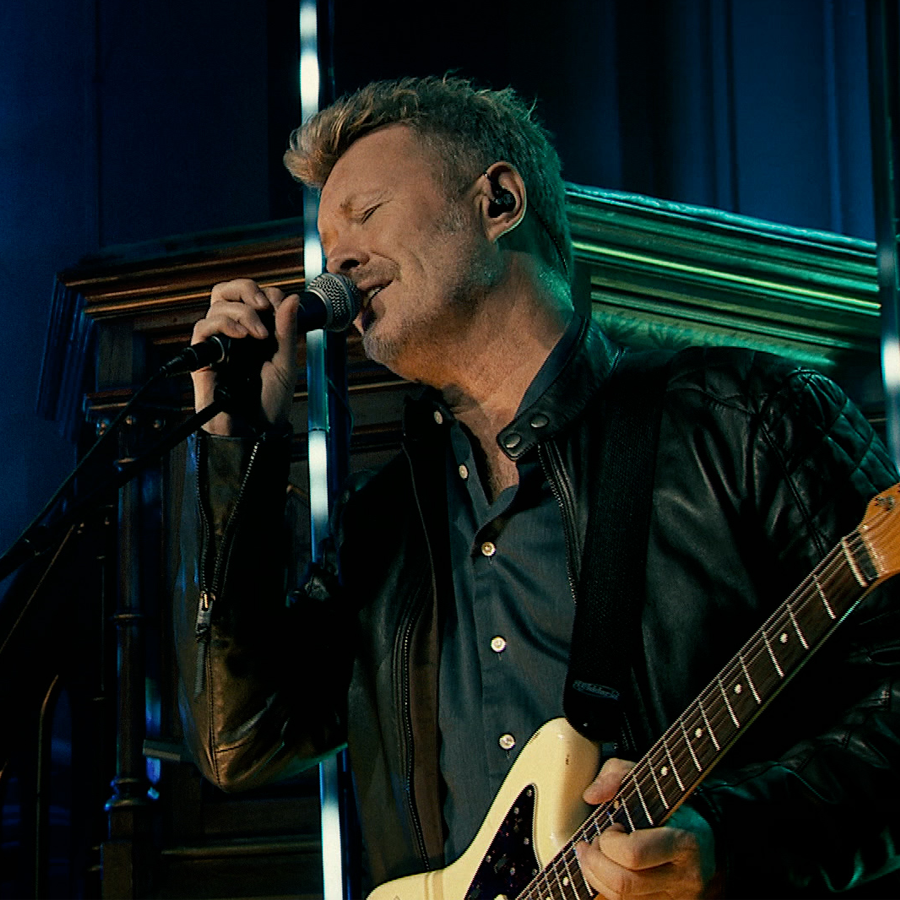 On Saturday the 26th of December, a-ha.com hosted a live Facebook premiere of Magne's 'White Xmas Lies' concert, recorded at Kulturkirken Jakob in Oslo on December 4, 2019. Before the premiere began, Magne sent us a video from his cabin in the mountains, where his family celebrates Christmas. You can watch the video here.

Following a three minute countdown, the premiere started at 5pm CET. The concert recording lasts about an hour, and the setlist includes 11 songs:

1. Snow is Falling
2. The Light We Lost
3. A Wintry Silence
4. The Season to be Melancholy
5. Caprice Des Dieux
6. This is Now America
7. You Can’t Have it Both Ways (featuring Tini Flaat Mykland)
8. So Cold It’s Hard to Think
9. White Xmas Lies
10. Revelation Song
11. There Goes Another Year

All of the songs are from Magne's album 'White Xmas Lies', except "You Can't Have It Both Ways", which was written by Magne, and can be found on Tini's 2014 album 'Undo My Heart'.

You can watch the full concert over on Facebook here. All of the individual song videos are available on Magne's YouTube channel here.

To save you some time, we've compiled all of Magne's answers below - with big thanks to Alexandra Schäfer for sharing her screenshots of the chat, which made this transcript so much easier to type up and share with you all!

oops...didn't remember i had gone for the george michael faith period look ;D

re new songs - yes. i am planning to release some new demos (non xmas related) on my insta profile first over the holiday period :-)

the prose i wrote for juleroser (in norwegian) was my first published prose in my own language...scary stuff :-0

wow...worldwide - thanks for watching guys...

your questions are coming in thick and fast...i'll try to keep up!! :-0

and please excuse the banter in norwegian in-between songs...

haha...someone asked if there is a way to charge his electric car while watching. i am pretty sure the car will charge off the energy of y'all

re the taped over letters on the piano...just trying to find words wherever i can ;-)

re cities in japan - i love them all, but my favourite is...fukuoka, or was it kyoto, or osaka, or tokyo...mount koya? i honestly can't decide.

re lockdown: us artists are in one way lucky...even if we can't play, we can produce music...or art, and in hard times, this is a real privilege..

keep the questions short people...i'm getting too old to read long sentences - and then type responses ;D

yeah, thanks for all contributions to troubled times video everyone!

someone asked what it is like watching my own concert. pulling teeth comes to mind...

someone wrote thank you morten - there is a compliment in there somewhere ;D

re further plans for WXL concerrs: yup, will try to schedule some for next year - we had booked spaces in london, berlin and oslo this year (on off days with a-ha) - but alas covid happened. hope to resume next year!

re another unplugged album for a-ha - in fact i pushed for that to happen a coupla years ago, but the others were not interested. maybe later!

someone asked if my preference is sweet or savoury...is bitter not an option? ;D

are you guys even watching the show, or just chatting wildly??? ;D

the concert will be available on my youtube channel after this event - in chapters, so you can skip the songs you don't like ;-)

i'm glad y'all don't speak norwegian when i have to hear my own comments in-between...

re my lyrics: of course there is a lot of me in there, but there is also a lot i take from other people's situation.

'am i a melancholic person?'...is there another kind?

who would win a punch between the three a-ha members?...my money would be on paul.

this is now america. feel sad to be right. and becoming more right as we go...please, please america, we love you guys!

if you haven't see the video my son thomas did together with the great theatre performance due vinge/müller you have to go to youtube and see it - it is so good.

you guys are too funny...i am having difficulty reading and writing for tears in my eyes ;D

a perfect day - i just had one yesterday: skiing and playing with my dog

someone has a daughter named celice??? brilliant!

this is exactly like a good xmas party: everyone is talking over everyone else! ;D

hello to india - thanks for watching. wishing you happier times in 2021!

tini getting fired up...

every time i try to roll back to read your q's new ones try to push me back down...give me a couple of months - i WILL master it!

hey italy - a-ha not coming there for so long is a travesty! my guess is, the chefs around every great restaurant in the country got tired of me gate-crashing their kitchens for tips, and all joined forces to put a petition in to stop a-ha ever coming back ;D

yeah, i put tini in there to give everyone a little break from my vocals...tsk tsk

spain and france...of course - there is so much good food to sample. i try my best to organize a-ha shows based on the whims of my stomach...

my wife warned me about wearing sunglasses for this show, but i see now that i was right ;-0

yup...got a calendar this year

just to remind me i guess...there goes another year

someone doesn't like the vocoder effects on the vocals - you perv! ;D

i DID write a song for 2020 though...quite a few actually - i'm in is one of them (on my insta account) more to come over the xmas period

hello singapore - we missed you buy a few days this year @lockdown...damn

hungary was amazing - fingers crossed we come back.

my art exhibits were planned to happen inbetween tours, now it is all a great train wreck in 2022 ;-)

haha...someone is waiting for a real punchup! well, it is boxing day after all

here's a tip: whenever you play a wrong chord - play it again! then it doesn't sound like a mistake!

hello aussie! thank you for the memories this year - a real highlight to be back down under!

coming up to the end now folks - i'm knackered, but happy to see so many in here - enjoy the hols and best for 21!

now to prep for the outro...

help, i need a drink!

We hope you enjoyed the concert premiere, whether you experienced it live, or watched online afterwards. Thank you to Magne for making the show available and for taking the time to hang out a bit with us over on Facebook.

Wishing you all a Happy New Year - may 2021 be a much better year for us all!