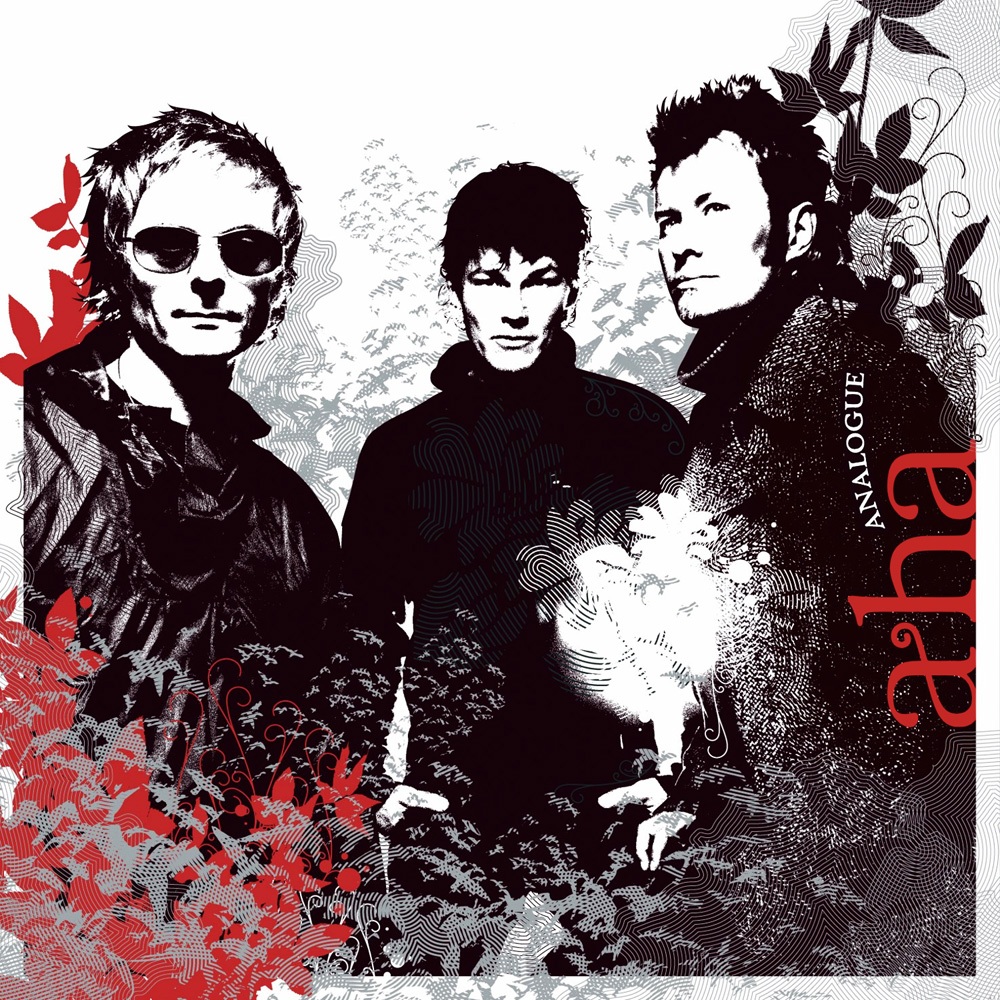 After a three-and-a-half year break, Morten Harket, Magne Furuholmen and Paul Waaktaar-Savoy are back. With their eighth studio album and a European tour, a-ha continue their remarkable career.

The album Analogue and the tour of the same name exactly mark the 20th anniversary of their first appearance on the Billboard Hot 100 when they stormed the pop world with "Take On Me". Thereafter, a-ha continued to show that their first hit had only scratched the surface. A collective that works in a surprisingly complex way has always been hidden beneath the surface. As friends, musicians, stars and human beings, a-ha have in the course of time accomplished almost everything. Analogue is their current stocktaking - that does not mean that things have reached a happy end, because a-ha will in the future also continue to remain true to the maxim "work in progress."

Analogue is an album that treads new ground and thereby undeniably represents a-ha, starting with the first single "Celice", which is both cold and affectionate, up to the irresistibly catchy "Analogue" and "Halfway Through The Tour", up to the reflective, sensitive "Keeper Of The Flame", as well as the band's personal favorite "Cosy Prisons".

Lyrics Don't Do Me Any Favours

Yeah, everytime you shut your eyes it appears
Everytime you trace your steps back here
None of your convictions have the same old ring
But no doubt you will find a place for everything
In cozy prisons

Come back, my darling one
I’m calling on you
The road ahead is long
And I must warn you
I wonder
Where did she go?
If I failed you
I tell you right now
All I want you to know; I love you
All I need
Is the time to show you

Come back, my fallen son
Don’t let them fool you
Cos when the day is done
They’ll never move you
Lay down your senseless pride
Got more than you
Put out your mournful tones
I tell you right now
All I want you to know; I love you
All I need is the time
To show you how I feel

But who’s gonna come with you tonight
Who’s gonna tell you it’s alright?
Everything changes over time
Just like wine

And you...
Whatcha gonna do?
Walk it solitary
So unnecessary
But it’s alright
It’s your birthright

Everything’s different down the line
Everything changes over time

Hey you...
Whatcha gonna do?
Just the ordinary?
So unnecessary
But it’s all right
It’s your birthright

I like to walk and my way is my own,
You taught me how
Don't you know what we found
Brother maybe

Lyrics Over The Treetops

Hey, beautiful farm on the top of the hill
Whenever I pass by
I'm thinking I will
Find someone like you
Goodbye avenue
And then I'll be yearning for this too

A trip is a fall
To fall is to trip

She changes how she feels
About things, that's okay
It works for me
I think I like it that way
No thing is true
Some thing is false
Address the child as a whole

Lyrics Halfway Through The Tour

Lyrics Keeper Of The Flame

So tell me where you've been
And I'll show you where you're going
You can shout, you can scream
Your way through it

My love
And the moon
Take your time
Make it soon

My love
And the moon
Take your time
Make it soon

There's a big, black picture
And it's hanging on your wall
With stars and all the planets
The milky way and all
And in the left hand corner
Perhaps a small white dwarf
Ready to explode/implode
I really can't recall

There's a big, black picture
And it's hanging off your wall
With stars and all the planets
The milky way and all
And in the left hand corner
Perhaps a small white dwarf
Ready to explode/implode
I really can't recall

Lyrics The Summers Of Our Youth