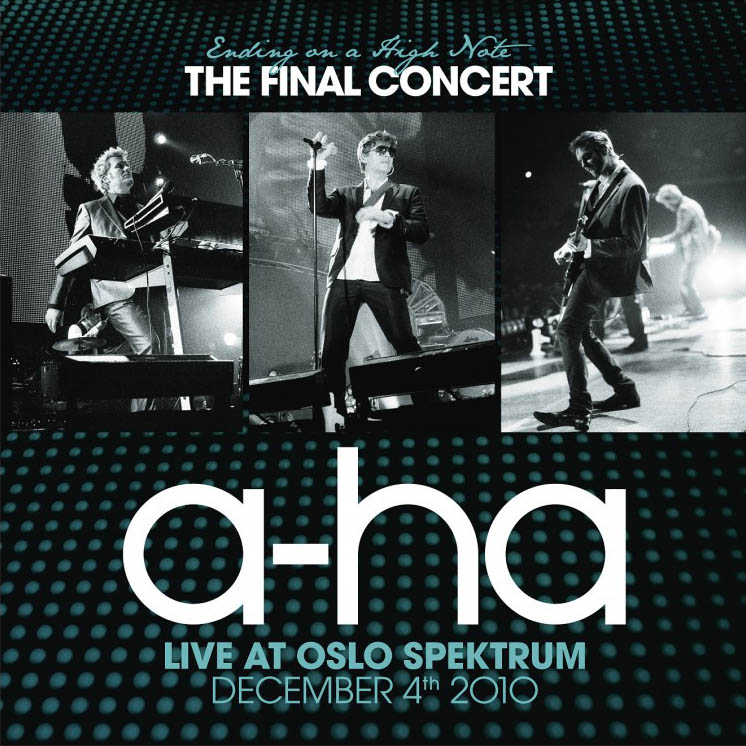 In March 2010, a-ha launched their final world tour in South America. The 'Ending on a High Note' tour was a live celebration of a-ha's 25 year career, which included stops in 63 cities in 21 countries, and culminated in four concerts in their home town of Oslo last December. The band's last ever live concert took place on December 4, 2010, and was recorded for release on DVD.