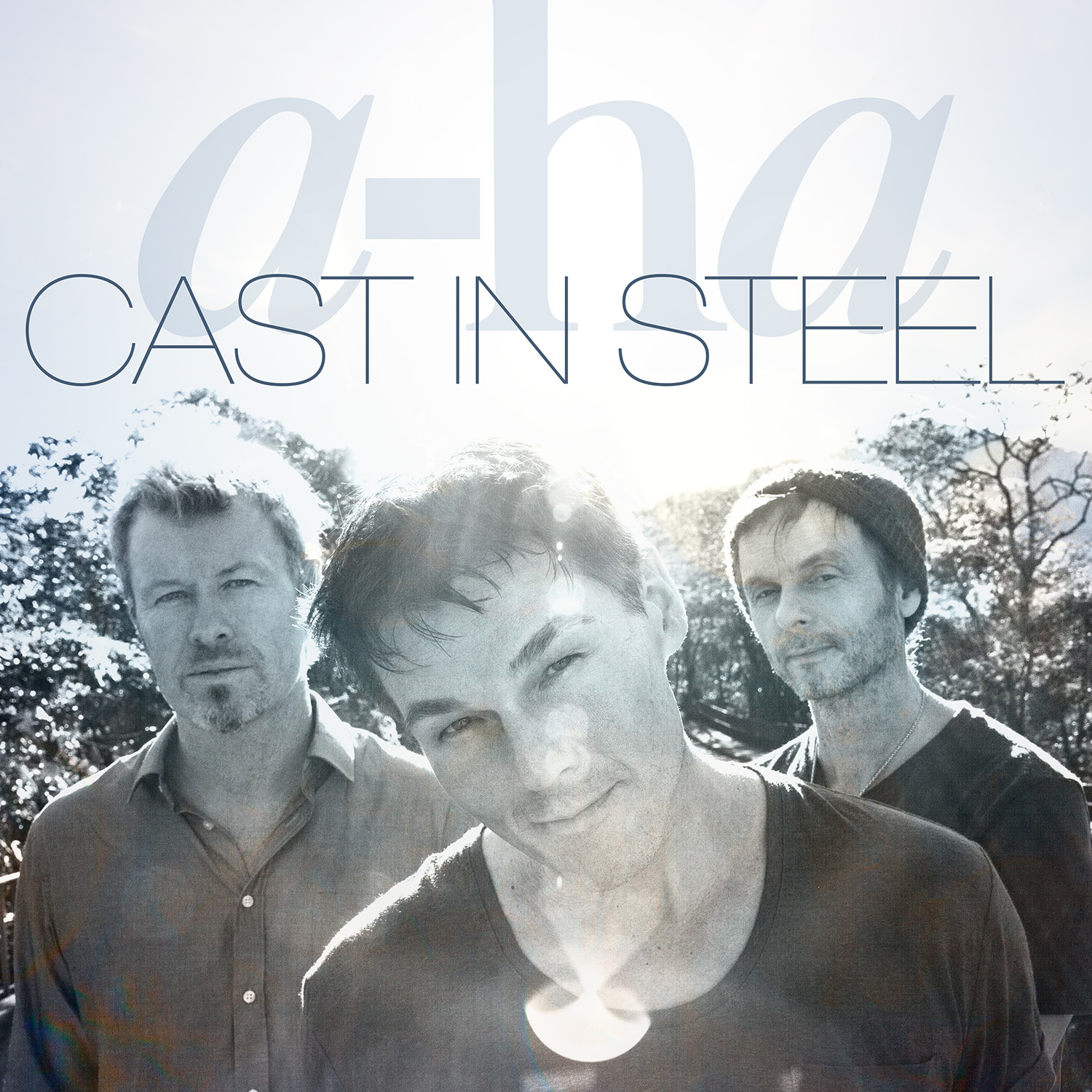 When a-ha played the Oslo Spektrum in December 2010 to close the 'Ending on A High Note Farewell Tour', it felt a definitive full-stop on the band's activities.

As Morten Harket says, it has been a genuine and real disbanding. There has been no a-ha in the sense of the word during that time. For Morten, Paul Waaktaar and Magne Furuholmen, the five-year break has allowed them to explore a rich seam of various creative projects, both musical and artistic.

The return came about in a simple, organic way, as Paul explains: "It started off very easy and low-key with Morten dropping by my studio at various occasions, and I would show him songs that I was working on. He would sing on the songs he felt a connection with and leave the ones that didn't and it just went like that until we had done 10 or 12 songs."

The lack of pressure and deadlines was definitely a bonus, and reminded Paul of when the band first started out: "The beauty of it was that we could do this totally under the radar; there were no deals in place, no contracts, tours planned or deadlines looming, just our shadow endeavours. It was back to exactly how we started in my parents cabin way back when in the 80s. Some instruments, a song, a voice."

That sense of enjoyment and belief in the new material is clear from all three members: "The making of our album has so far been such an uplifting experience", says Paul; "It is a really unexpected pleasure to be writing songs for Morten's voice again", says Magne. "I knew sitting down with Paul and Magne," Morten says, "that this would be a real genuine effort. We have never been ones to look back so you can take for granted all three of us are doing this because we know we can create something new. The songs have to be good: the benchmark is always the same."

As Foot on the Mountain showed, a-ha are a different beast to the vast majority of their contemporaries, still at the peak of their songwriting powers, rather than living off past glories. Cast in Steel picks up where their last studio album left off, this is the sound of band relaxed and refreshed, at ease with themselves and ready to take on the world once more.

Fades
It fades away

Can you see the end of things?
Can you see it happening?
Feel the ashes on the wind
Don't you hate how everything

Lyrics Under The Makeup

This is how it ends
each on our own

Unless we pretend
meanwhile our hearts turn to

If you wanted out
didn't I let you go

If you wanted in
didn't I make it so

It could be
tenderness escapes so easily

Have you seen the other me at times?
Walking on an ever looser line

Stung by normality
Wronged by your family
Conventions aside

Watch it flare up
Where do we begin

The stores in town
Are closing down
And everything's in ruin

Borderline
Just turn around
Out of every ditch, a path

We fuel desire
And always leave
A silver lining scar

Lyrics Objects In The Mirror

Yeah, love could make your life complete
Teach your heart to skip a beat
Lift your eyes above the street
This is where you once belonged

Come on now, it's not so bad
Thinking back on the fun we had
We can stitch a life together
From the fibres of the past

But you cannot make a fleeting moment
Promise it will last

I hit my head on the pillow, hard
I heard a noise from the boulevard
And it made me go down

I hit my head on the pillow, hard
I took the words that you said to heart
And it made me feel down

Lyrics Living At The End Of The World

Oh white matter mind
What have you got to say?
Reasons combine
To force you away

Oh white matter mind
What is there left to say?
Reasons combined
To force you away

And I don't suppose I care
She up tight, not right
What could it matter to me

And I don't suppose I care
I'm bummed out, no doubt
But what does it matter to me

Lyrics Giving Up The Ghost

Off the grid, out of bounds
Further down into shadow
Darkest day and whitest night
In harm's way

On a coal-black sea, the sky's on fire
Failed attempts at a funeral pyre
Deep as dreams of dark desire
The flames are growing ever higher

What comes after what was
That was once strangely new
What awaits up ahead
For me and you?
Goodbye Thompson

Lyrics The End Of The Affair

"Man has places in his heart which do not yet exist, and into them enters suffering in order that they may have existence." Leon Bloy

Even as the snow is falling...
Dark December nights are calling
Memories of early warning signs
Like a whisper in the mind

Absence makes the heart grow fonder
Well I was fond, but now I'm harder
So here we are in somber silence
With no one else but us to blame