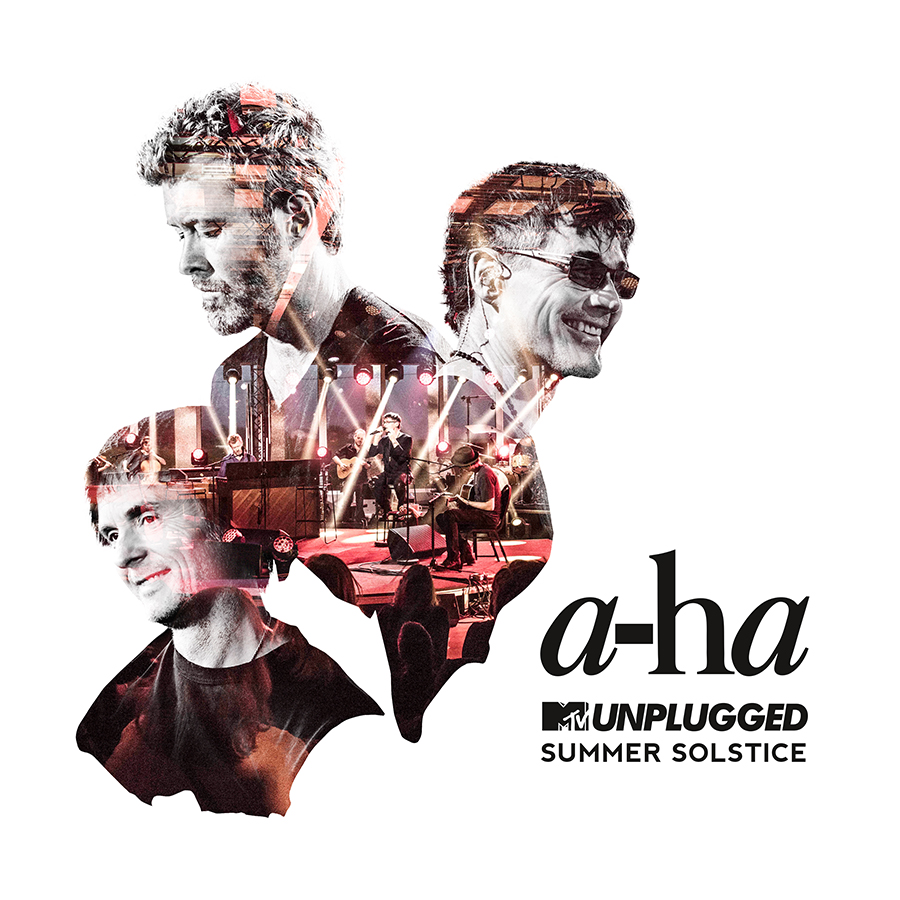 In the land of the midnight sun, the clocks tick slightly different than they do elsewhere. This is especially true during the summer solstice, when the sun hardly sets at all, bathing the small Norwegian island of Giske – where a-ha played their first ever two acoustic concerts – in an eerie twilight.

Giske is a tiny island in close proximity to the city of Ålesund on the shore of the North Atlantic Ocean — a popular city much frequented by day trippers arriving on huge cruise ships during Norway’s short yet intense summer season. But a-ha’s audience didn’t get to Giske on such boats. Coming from destinations all over the world, for them getting to Giske meant embarking on a plane to Oslo and from there to Ålesund. And from there you finally have to drive through a series of seemingly endless and frighteningly deep undersea tunnels to reach Giske, an island so beautiful and, well, remote, that one immediately wonders why a-ha handpicked this specific location to play their long awaited first MTV Unplugged shows on the night of the 2017 summer solstice, right where the world seems to end.

Pål Waaktaar-Savoy: “Choosing Giske is like most of the things we do: It’s been 50% chance and 50% planned. We were discussing many different places to play these special shows — among them Manaus in the Amazon jungle, Berlin, London and New York. At the end of the day it was the Ocean Sound Recordings studio in Giske that made the difference. We knew that we could rehearse undisturbed in an extremely good sounding facility.”

a-ha booked the Ocean Sound Recordings studio, which looks out onto the ocean, to revisit their own back catalogue for two weeks together with producer Lars Horntveth, who had already been working on the acoustic arrangements for more than half a year. The nearby Øygardshallen (Giske Harbour Hall) turned out to be the perfect venue to stage their two first ever acoustic shows: They simply had to lay cables from A to B and then were able to use the studio at Ocean Sound Recordings to capture the shows perfectly. a-ha performed in front of an audience of just 250 people — the Øygardshallen’s glass front allowed the audience to gaze out into the pale night and onto a number of LED video steles that had been set up behind the band, serving as a minimalist backdrop to the concert. Suffice to say, the concerts were sold-out within minutes, as a-ha were to play “concerts so close to our audience like never before”. As Magne Furuholmen puts it: “These were by far the most intimate concerts we’ve ever given.”

Yet the beauty of the North Atlantic Ocean, the light of the midnight sun and the exclusivity of the concerts are only one half of the story. The other half is that the idea of a-ha playing their vast catalogue of world hits stripped down to their very essence is indeed a promising endeavor.

Pål: “We’ve talked about this idea for so many years. And in many of our concerts we’ve also played some acoustic songs. But if you consider that we don’t use much technology at all when we write the songs, the idea an entirely acoustic show makes total sense. Playing all these songs now in their acoustic versions is like returning to their origins.”

Magne expands the thought in a more universal direction: “Most of our songs draw inspiration from a childhood directly exposed to Norwegian culture, even the folk music tradition, perhaps more so than we thought. We were constantly faced with questions from journalists implying how our ‘Norwgian-ness’ was a unique part of our sound, even though we lived and worked in London.

As a creative person it is almost easier to tap into this nordic mindest from a distance.  History is full of good examples of how iconic Norwegians in the past did their best work away from home; The writer Henrik Ibsen wrote on universal topics with a strong Norwegian tone while living in Italy, Edvard Munch’s melancholic force defined expressionism while living in Berlin — yet he simply couldn’t be from anywhere but this country. And of course there is Edvard Grieg, who took a lot of inspiration directly from folk music. His music always felt particularly resonant in our ears growing up. With such strong figures and influences defining what it is to be a Norwegian, it becomes part of what you are. Our darker, melancholic streak definitely harks back to these early influences. We feel connected to all that, which is why we thought returning home for this project was a very natural step."

Morten Harket stresses the fact how crucial it was to have arranger/producer Lars Horntveth on board as a catalyst and fearlessly driving force behind the scenes: “He confronted our music by presenting completely new arrangements, also taking out ‘untouchable’ parts, which easily came across as being disrespectful. I say this as a compliment, by the way... And of course we hated it! But we also needed it! This was exactly what we had asked of him. We needed someone who would boldly question everything that we stood for as a band — someone who could stand up to us. Of course it led to shouting matches. It’s part of the creative process. Lars deserves the credit for bringing the band closer together than we have been for a very long time.”

For the MTV Unplugged shows, a-ha played 17 songs in completely new arrangements as well as two new songs and two cover versions on vintage acoustic instruments, accompanied by a backing band featuring Karl Oluf Wennerberg on drums, Even Ormestad on acoustic bass, Morten Qvenild on piano and various acoustic keyboards, Lars Horntveth on multiple instruments and Madeleine Ossum on violin and vocals, Tove Margrethe Erikstad on cello and Emilie Heldal Lidsheim on viola and backing vocals. Furthermore, a total of four guest stars served as duet partners for Morten Harket. Most notably, Echo & The Bunnymen’s Ian McCulloch had been invited by Magne Furuholmen to sing “Scoundrel Days” and Ian’s very own “The Killing Moon” on the first of the two shows. On the second night, a-ha were joined by Alison Moyet of Yazoo fame to duet with Morten on “Summer Moved On”. Highasakite’s Ingrid Helene Håvik guested on “The Sun Always Shines on TV” on both nights, while, last but not least, American singer Lissie did the same on “I’ve Been Losing You”.

“In the cacophonic world of popular music, with its high-impact effects and productions, the music is often somewhat lost as it ends up being premeditated.” Morten Harket addresses the subject of subtlety: “The world of pop is a world where everything always has to be more than anything else.”

Attending the concerts and the last full day of the rehearsals, you could tell that the whole group and especially Morten did indeed try to reveal the soul of each and every song performed. During the last run-through on the day before the first night the band took things extremely seriously. Songs were started, stopped and deconstructed. Discussions between Morten and the group as well as with the recording engineers dealt with the tiniest details of sound, cohesiveness and attitude. As a result, the two shows benefited profoundly, both in terms of microstructure (the new arrangements reveal so much of the songs’ essences), as well as in that the overall dramaturgic arc of the concerts, which steadily built towards a climax that would astound even the most dedicated follower of the group. During the encore, a-ha would play — “as usual” — their first and biggest hit to date, “Take On Me”. But an unexpected chord change in the chorus and the skeletal arrangement not only allowed a new perspective on the song’s lyrics, it also left the audience with tears in their eyes.

Magne: “When you rearrange songs for an acoustic rendition it is also an opportunity to do more than to just simplify them. I especially like what happened when we took a fresh look at Take on me, which went from being an uptempo syntheziser-driven popsong to a much more melancholic, yearning ballad in this slowed down arrangement, it shows with much more clarity how the song at its core is not some standalone upbeat track, but belongs squarely inside our catalogue alongside more thoughtful, darker songs like scoundrel days etc."

There are only a few bands in the world who can look back on similarly close ties with the music channel MTV as a-ha. Alongside the likes of Duran Duran and Yello, in 1985 a-ha were worldwide pioneers who immediately understood the power of the music video as both a narrative and commercial tool. Steve Barron’s classic “Take On Me” clip is still a milestone of music video and in 2003 was voted by the MTV audience as one of the top ten best videos ever made. There have long been efforts by a-ha and MTV to organize an Unplugged concert.

The fact that the two MTV Unplugged concerts in June 2017 actually took place on Giske also left a deep impression on a-ha themselves. Like every other band that has been successful on a worldwide scale for over three decades, a-ha have had their share of problems, split-ups and re-unifications. A thoughtful Magne reflects: “After such a long time, a-ha have now become a band that simply continues from project to project. This turned out to be a very healthy approach for the three of us, because going acoustic also had the taste of a new project.”

Pål: “When we recorded our last few albums, we were sometimes working pretty isolated from each other. We should do this again — sitting and recording in the same room together for a couple of weeks or months and see what comes out as a result. We may argue about a lot of things, but we are also a band that has very close ties.”

After the closing applause that seemed would never end, the band left the stage and walked out of Øygardshallen into the living daylights. Having performed two triumphant concerts together, the three band mates climbed into three separate vehicles and headed off into the sunlit night. But everybody in the audience had a feeling that a-ha had now just opened a brand new chapter in their unparalleled career. To quote a line from one of the highlights of these unplugged shows: “Cause I’ve been told / Stay on these roads / We shall meet, I know.”