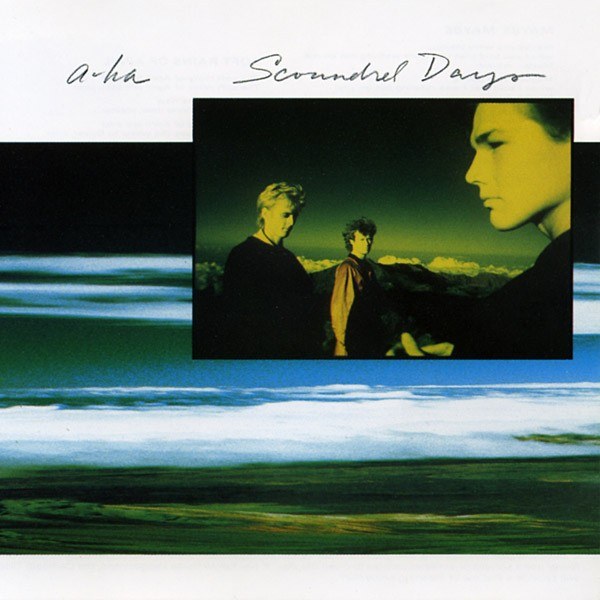 The deluxe version of the remastered edition of a-ha's sophomore release Scoundrel Days has been expanded with demos for each album track; the B-side "This Alone Is Love" as well as unreleased live performances of "Train Of Thought," "I've Been Losing You," "Blue Sky," and "Cry Wolf" recorded in England.

Angela Clow wrote in a fan review about Scoundrel Days, "The eagerly awaited second album gave us all a taste of the versatility that defined a-ha in later years. This potent collection of atmospheric and melancholic melodies blew the lid off the misconception that a-ha were just a synth-pop band with each song perfectly capturing the essence of emotions that we all deal with at different stages of our lives. Scoundrel Days heralded a more mature and rock-based sound whilst still retaining the charm of their earlier work. The songs are all written by either Paul or Magne (or both) with Morten taking a backseat to the song writing focussing on his vocals to stunning effect, in perfect harmony with the emotional intensity of each song."

"From the opening bars of "Scoundrel Days" to the closing lyrics of "Soft Rains of April" it is obvious that the band had departed from the 'pop' sound of their first album. Scoundrel Days is not as 'easy listening' as Hunting High and Low, the tracks are more thought provoking and highlight the growing maturity of a-ha's sound at the time of its release," says Fiona Bingham in her album review. "Scoundrel Days is a perfect example of a-ha at their best."

PRODUCED BY ALAN TARNEY EXCEPT "I'VE BEEN LOSING YOU," "MAYBE MAYBE" AND "SOFT RAINS OF APRIL," PRODUCED BY MAGNE FURUHOLMEN AND PAUL WAAKTAAR.

All selections on disc 2 Produced by a-ha

With more than special thanks to Christopher Hopkins, P.A. Stenersen, and Svein Erichsen & Andy Popplewell